This Humanities Forum Seminar engages historical material from my book manuscript in progress, Drumming Our Liberation: The Spiritual, Cultural, and Sonic Power of the Parai Drum. Specifically, I investigate the history of the parai frame drum of Tamil Nadu, India, the polluting drum of the so called outcaste or untouchable Tamil communities that has recently been reclaimed as an empowering icon of the Dalit (anti-caste) civil rights movement. My overarching question is, what is the parai’s historical narrative of status change that led to it becoming untouchable and how does this trajectory reflect changes in the caste system in the last 2000 years? To determine these changes in status and the parai’s religio-political and symbolic meaning at various points in this history, I introduce musicological evidence from, and interpretation of, Tamil Sangam literature (300BCE-600 CE) and Hindu temple iconography to investigate the drum’s shape, playing technique, its variety of names, performance contexts, the identity and status of its performers and their relationship to other people, especially royalty. The first half of the paper engages the interpretation of 44 occurrences of the word “parai” in the Tamil Sangam corpus based on translations by Vaidehi Herbert as well as analysis with my Tamil language assistant, Dr. Arun Raja Selvan. We engage with the discourses of historical untouchability debated by various authors and contemporary activists including Rajam, Hart, Valarmathi, Palaniappan, and the drummer Manimaran. Further, I address the roots of terms like ‘iḻiciṉaṉ,’ (man of low status) ‘pulaiyaṉ’ (polluted man) and Paraiayan (drummer of the parai), bringing musicological nuances that challenge and refine the arguments, primarily based on language, by other scholars.

The second half of the paper focuses on evidence of the occurrence, and lack of it, of frame shaped drums in temple iconography from the Chola, Vijayanagar, and Nayaka empires (9th to 16th centuries) to determine the parai’s status in these later elite Hindu contexts. My findings point to the possibility that the parai as a frame drum was part of the circulation of material culture across the Indian Ocean networks and may have been introduced to Tamil Nadu only in the 16th century as the tappu by the outcaste Arundhatiyars who came during the Nayaka period from Andhra Pradesh (where it is called dappu and related to the Middle Eastern term for the frame drum called daf). I frame this history engaging recent theories about Indian Ocean transmission to central and southern India arguing that the parai’s historical narrative must consider intercultural and transnational interactions across land and ocean, while culturally contextual politics may result in differences in meaning and changes in status, especially regarding untouchability.

Dr. Zoe Sherinian is Professor of Ethnomusicology at the University of Oklahoma with research interests in Christian indigenization, percussion, the intersectionality between caste, class, and gender, activist ethnomusicology, and ethnomusicological film. She has published the book, Tamil Folk Music as Dalit Liberation Theology (Indian Univ. Press 2014) was co-editor for Making Congregational Music Local: Indigenous Songs and Cosmopolitan Styles in the Music of Global Christianity (Routledge 2017) as well as articles on the indigenization of Christianity in Ethnomusicology (2007), The World of Music (2005), and Women and Music (2005). Other recent publications include articles for three of the Oxford Handbook Series including Applied Ethnomusicology, Christian Music, and the lead article in the book Queering the Field: Sounding Out Ethnomusicology, edited by Barz and Cheng. She has produced and directed two documentary films This is A Music: Reclaiming an Untouchable Drum (2011), on the changing status of Dalit (outcaste) drummers in India, and Sakthi Vibrations (2019) on the use of Tamil folk arts to develop self-esteem in young Dalit women at the Sakthi Folk Cultural Centre. She is presently writing a monograph entitled Drumming Our Liberation: The Spiritual, Cultural, and Sonic Power of the Parai Drum. Other current projects include co-editing a reader called Music and Dance as Everyday life in South Asia, Sherinian is an active musician who performs and conducts trainings on the parai drum, plays the mrdangam and jazz drumset.

Dr. Davesh Soneji is Associate Professor in the Department of South Asia Studies at the University of Pennsylvania. He is best known for his work on the social history of professional female artists in Tamil and Telugu-speaking South India and is author of Unfinished Gestures: Devadasis, Memory, and Modernity in South India (University of Chicago Press, 2012), which was awarded the 2013 Bernard S. Cohn Book Prize from The Association for Asian Studies (AAS). His new book project, Sundry Ragas: Genealogies of Musical Pluralism in Modern South India foregrounds histories of raga-based music that did not become part of “classical Karnatak music” as it was conceived and mobilized in the second decade of the twentieth century in Madras.

Dr. Arun Raja Selvan  holds MA and PhD degrees in linguistics with a focus on Tamil linguistics and translation from Madurai Kamaraj University in Madurai, India and has taught all levels of Tamil language at the American Institute of Indian Studies (AIIS), the South India Term Abroad (SITA) Program, The University of Wisconsin’s College Year in India Program, South Asia Summer Language Institute (SASLI) of the  University of Wisconsin at Madison, and at the University of  Texas at Austin. He worked as Deputy Director and Tamil language professor in Madurai and, after his retirement, has been teaching Tamil language to foreign scholars. Beyond teaching in the classroom, he has guided and assisted respected scholars in anthropology, religious studies, and ethnomusicology on Various research projects. He was a consultant for the American Tamil Academy (ATA) on a textbook writing project and has functioned as a resource person for teachers in Tamil schools in the state of Texas. He has published a few articles on translation and is currently writing two books: Grammatical Problems in English-Tamil Translation and Translation:Theory, Equivalence and Problems. 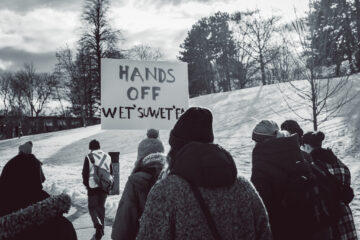 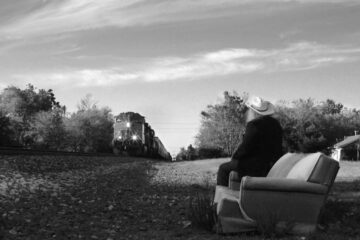 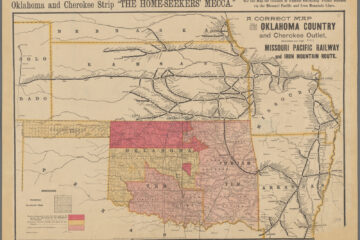