The Humanities Forum at the University of Oklahoma has organized this public panel joining cultural anthropologists working in Mexico and other parts of the Americas on questions of health, the body, reproduction and bioethical concerns at the beginning and end of life. Participants will discuss their ethnographic research on addiction and environmental health in Mexico City, abortion politics in Mexico City, and organ transplant in Guadalajara, Mexico. Panelists will consider these “life debates” in the Mexican context as well as how they articulate with similar questions in the US and around the world, particularly in light of the COVID-19 pandemic.

Elizabeth F.S. Roberts is an associate professor of anthropology at the University of Michigan, who investigates scientific and public health knowledge production and its embodied effects in Latin America and the United States. She currently collaborates with engineers and environmental health scientists in the United States and Mexico as part of two ongoing team-based projects in Mexico City that she directs: “Mexican Exposures: A Bioethnographic Approach to Health and Inequality” and “Neighborhood Environments as Socio-Techno-bio Systems: Water Quality, Public Trust, and Health in Mexico City” (NESTSMX). In these projects, she and her team trace the looping social, economic, biological, and technical processes that shape everyday life, health, and inequality in working class neighborhoods. One of the key aims of Professor Roberts’ current work is the development of bioethnography, a method that combines social and life sciences approaches in order to make better knowledge about health and inequality. Dr. Roberts’ earlier research focused on assisted reproduction in the United States and Ecuador, reproductive governance in Latin America, and transnational medical migrations. She is the author of the book God’s Laboratory: Assisted Reproduction in the Andes (U.C. California Press 2012) and is currently finishing a book manuscript on addiction called Vital Dependencies: A Bioethnography of Addiction in Mexico City.

Megan Crowley-Matoka is Associate Professor of Medical Education and Anthropology at Northwestern University and the Director of Graduate Studies for the MA Program in Medical Humanities and Bioethics. She is a sociocultural and medical anthropologist whose work examines how patients, medical professionals, and policymakers make decisions in the face of clinical uncertainty, her research engages areas of medicine where there is dispute over the line between healing and harm, and tracks the uneven social configurations and consequences – as well as the moral problems – that emerge in such zones. Her first book, Domesticating Organ Transplant: Familial Sacrifice and National Aspiration in Mexico (Duke University Press, 2016), focused on these issues in the context of organ transplantation.  Drawing on extensive fieldwork with patients, families, medical professionals, and government and religious leaders in Guadalajara, the book examines the intimate dynamics and inequitable politics of live donor kidney transplant. The analysis traces the way that iconic notions about mothers, miracles, and mestizos shape how some lives are saved and others are risked through transplantation in Mexico, arguing that as transplant is rendered culturally familiar, it is also ethically domesticated as both private matter of home and proud product of the nation. Crowley-Matoka has also published widely in the anthropological, medical, and bioethics literatures on the topics of organ donation and transplantation, the contentious status of pain in American medicine, disparities in American healthcare, and sociocultural issues in death and dying.

Elyse Ona Singer is Assistant professor of Anthropology a core affiliate faculty member of Women’s and Gender studies at the University of Oklahoma. As a medical anthropologist, her research and teaching explore bioethical conflicts at the beginning and end of life to engage wider disciplinary conversations about dignity, inequality, moral personhood, and sociopolitical belonging. Broadly, her scholarship places law, religion, and medicine in the same analytic frame to examine how people grapple with ethically extreme decisions about life and death in a context where state law has recently come to contradict other normative moral frameworks for moral reckoning, like religion. Her current book manuscript explores the aftermath of Mexico City’s watershed 2007 abortion legalization, which transformed the country’s capital into one of three places in Latin America where elective abortion is permitted. Feminists throughout the region celebrated a monumental victory for women’s rights, health, and citizenship, yet critics assailed the abortion reform as a threat to the Mexican family and to religious notions of sacred life. While the extension of abortion rights in Mexico’s capital would seem to be an entirely positive move, creating safer outcomes and freer citizens, the book offers an up-close look inside Mexico City’s public abortion program, analyzing the limits of state care and recognition afforded there. Many Mexican women today have options regarding their pregnancies not available just over a decade ago. However, they are also subject to the expanded reach of the Mexican state over their bodies and sexual lives.

Image Credit: Mexico City at Dusk by PebblePicJay on Flickr | CC By 2.0 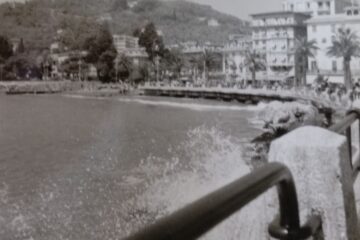 Thursday April 1, 1PM CT Rhona Seidelman, 2020-21 Forum Grantee, Schusterman Chair of Israel Studies and a professor of History at the University of Oklahoma. with Shir Alon, Professor of Comparative Literature in the department Read more… 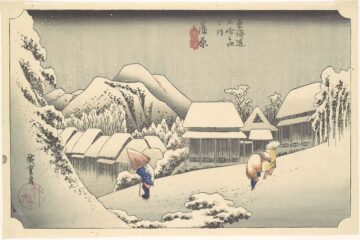 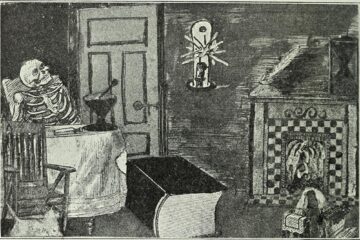